首页 / 推荐 / The Best Single-Speed Bikes for Every Rider 最佳单车选购

The Best Single-Speed Bikes for Every Rider 最佳单车选购

Single-speed bikes have recently enjoyed a comeback in popularity due to their straightforward aesthetics, ease of use and relative lack of maintenance. Although not ideal for hilly areas, single speeds are excellent for urban riders because of their simplicity: they have no derailleur, no gears, and with fixed-gear bikes, no freewheel mechanism (the device that allows riders to coast, leaving them to use their legs to slow down in tandem with a front brake — some daring types run no brakes at all, using only their leg power to stop the bike).

With the warm weather upon us and more people than ever hitting the streets for their commute to work — or the bar — it’s about time you got in on the action. Here are our 10 favorites. We’ve left no gear unturned, including everything from the most hardcore, feature-laden commuter to the most bare-bones fixed-gear track bike. 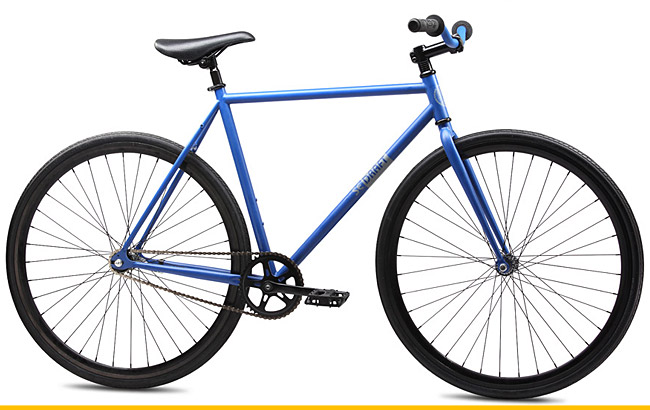 Best bike with a bottle opener in the seat: This bike is popular in NYC, largely because it’s a great deal (and, you know, the bottle opener). In essence, the SE Draft is a stripped-down track bike with a coaster brake installed. Simply move the pedals backward to activate the in-hub braking system on this spare, BMX-inspired rig. A steel frame is heavy but durable, and cruiser bars and saddle mean a bump in comfort. That extra weight doesn’t do it any favors as a commuter, but a great price and a simply cool look make it one you’ll want to lock up. 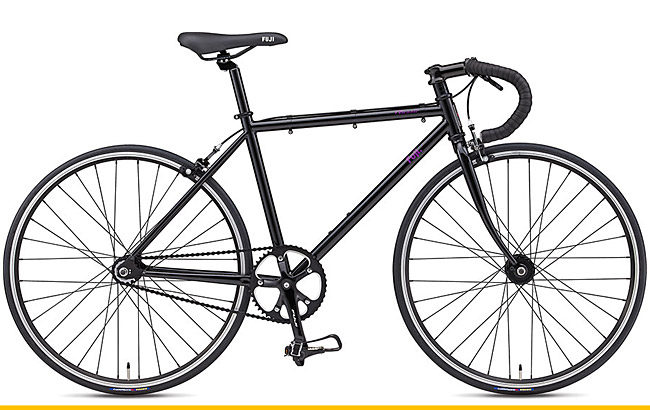 Best budget single-speed: The Fuji Track Classic is what you would call your bargain single-speed bike. It’s relatively durable and functional for short trips and even slightly fashionable. It comes in a couple cool colors and has the ability to switch the rear wheel from a fixed-gear to a single-speed depending on your riding preference. The Fuji is an all-around good value; the downside is that it’s a mass-produced bike. So if finding a unique ride is your thing, you’re going to have to start swapping parts or adding stickers to make it anything out of the ordinary. 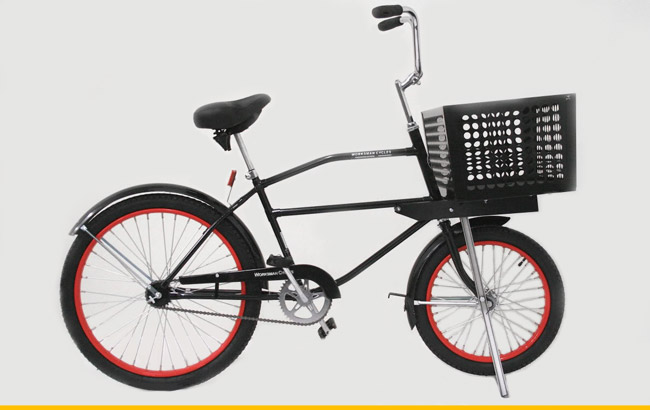 Best made-in-Queens single-speed: The last of a dying breed of American factories, Worksman Cycles’ bikes are built to last and hand-made in Queens. Although they offer several variations of models, our pick is the front loader Low Gravity Bike, or LGB. With a built-in front rack and a coaster brake, it doesn’t require much thought to operate — but the best part of this bike is a front wheel that’s smaller in diameter than the back one. This allows the center of gravity of whatever goods your carrying to be lower, and thus more stable; it also allows the handlebars to turn independently of the basket. For anyone who’s constantly loading up their backpack with cool, cheaply bought stuff, this feature is prime. Of course, they’re a little on the heavy side, but for a made-in-the-USA product they are very affordable — and with no embellishments or fancy parts, there are fewer worries about locking up when you’re out and about. 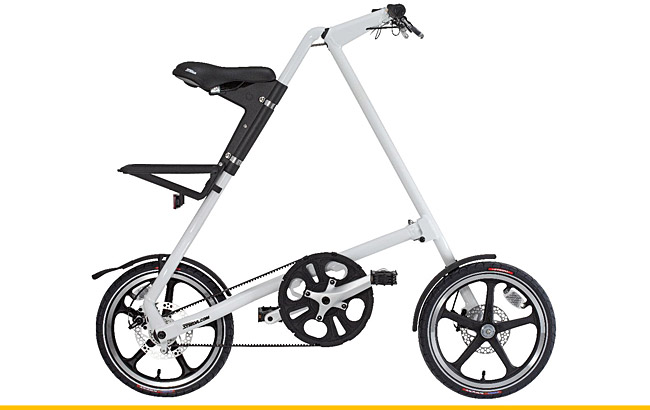 Weirdest single-speed: The Strida is a single speed we’ve always wanted but that won’t be for everyone (it looks a bit like a walker-bike hybrid). It was made for over two decades in the UK, but the company is now located in Taiwan; this has brought down price but it doesn’t seem their build quality has degraded. So what makes it a rad bike? There are no corrosion-susceptible parts and it’s extremely small and fold-able. Although it’s not meant for use over five miles, it’s perfect for almost any city riding. A belt drive means you won’t get grease on your pants and the tires are the only part you’ll ever have to replace. The Strida will also turn some heads and makes a great conversation starter — perfect for when you bring it to a friend’s house party on a hot summer night. 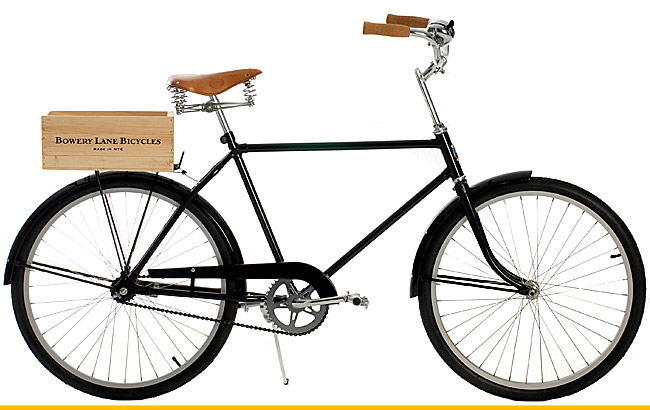 Best Dutch-style commuter: Dutch-style commuter bicycles are making a wave in New York City. The Broncks model from Bowery Lane Bicycles is made in the United States by hand and flouts some added flair and small details (leather saddle, cork grips and a hand-made wooden crate) that really make it unique. While other Dutch bikes might be lighter or slightly more affordable, getting a bike of this quality — built in Brooklyn — for a few hundred bucks under a grand is a steal. The head badge alone will spark plenty of conversations.

[Note: the bike pictured above is the Bare Bones model and retails for $500.] 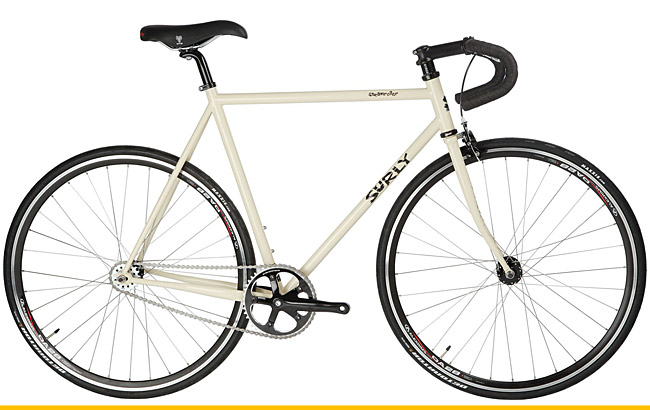 The workhorse: Surly bicycles has long been a proponent of the single-speed movement, prioritizing simplicity over anything else. The Steamroller is their take on the single speed, a bare-bones, no frills, 4130 chromoly workhorse that will never let you down. I know guys who’ve ridden their steamrollers every day for longer than I’ve been riding bikes at all. Since it comes complete with a decent lineup of components, or as a frameset, you can either start riding today or have your local bike shop build you up something tailored to your likes. 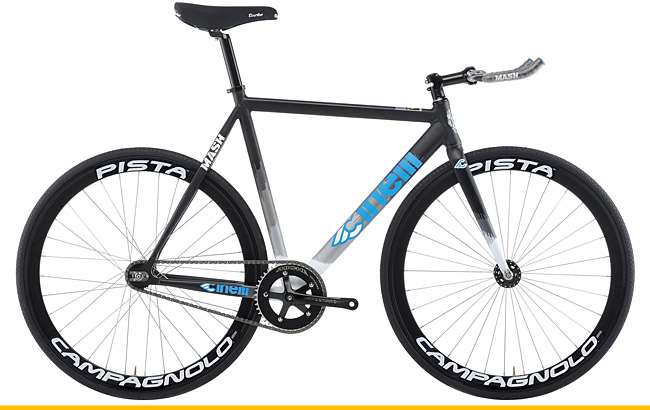 Best for serious riders: What started as a bunch of messengers in San Francisco bombing hills has turned into a worldwide movement of athletes taking fixed gear track bikes to the streets and pushing them to their limits. The Cinelli Mash Histogram frame is the embodiment of this unique urban sport subculture. Although technically a track bike, and thus a fixed-gear, the frame still has enough versatility to allow a single-speed setup with brakes. The bottom line: this bike, in either high- or mid-range build, is meant for speed. We only recommend it to those who enjoy bombing down their favorite bike lane to work or really make an extreme sport of barhopping.

Best single-speed from a big manufacturer: Large manufacturers don’t always get it right, but Trek really hit the nail on the head with the District. Though not exactly affordable, it’s filled out with everything you need and nothing you don’t. It’s got a reasonable upright geometry, nice components, fender and rack mounts galore — and best of all, a carbon belt drive, which means no grease and no maintenance. It’s also backed by Trek, so you know you’re getting a reliable bicycle from a major manufacturer. 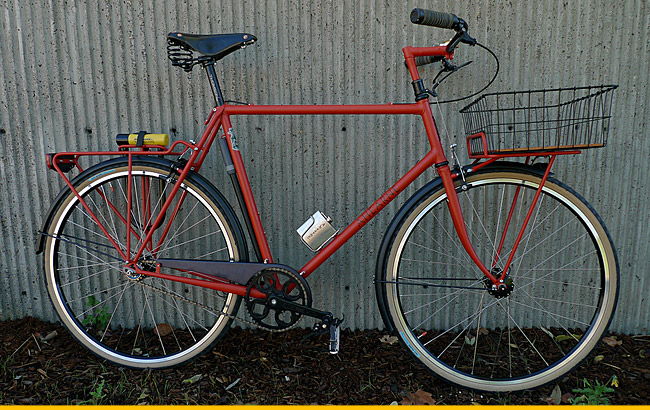 Best custom-built bike: Those riders who like to take their gear to the next level will be primed for any of the custom bikes from Ahearne Cycles in Portland, OR. They’ll build a tailor-made ride for you based on body measurements, riding style, accessory needs and aesthetic preferences. Want options for fenders on a rainy day? You got it. Want a built-in rack with a paint job inspired by your favorite pizza toppings? No problem, but it’s going to cost you. If you’re in the market, though, the price you pay is well worth it: you’ll get exactly the bike you want and a relationship with the maker who built it for you. 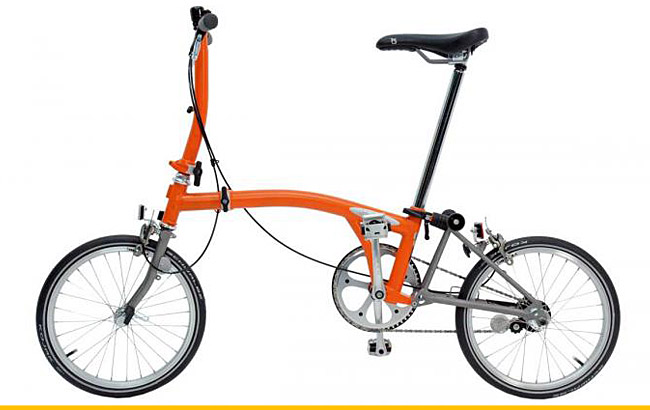 Best folding bike: Many people don’t consider folding bikes when shopping for single speeds. This is a mistake. Brompton cycles makes the best folding bikes on the market, and their S1E-X fulfills the single-speed niche. It has guaranteed construction from their UK factory and folds up so small so quickly you won’t believe that you ever owned a bike that didn’t. Taking it to dinner or easily stowing away in a car a perfectly reasonable activity. Some owners even take their Bromptons into the subway during rush hour. Although costly, you get what you pay for, and we’ve never heard a Brompton owner complain of component failure or frame issues. The small wheel size means you’re not gonna want to travel long distances, but for city riders it’s perfect, especially if you have a small apartment or or an office with limited storage space.