Kit: One Year with the GORUCK GR1 一年评测报告 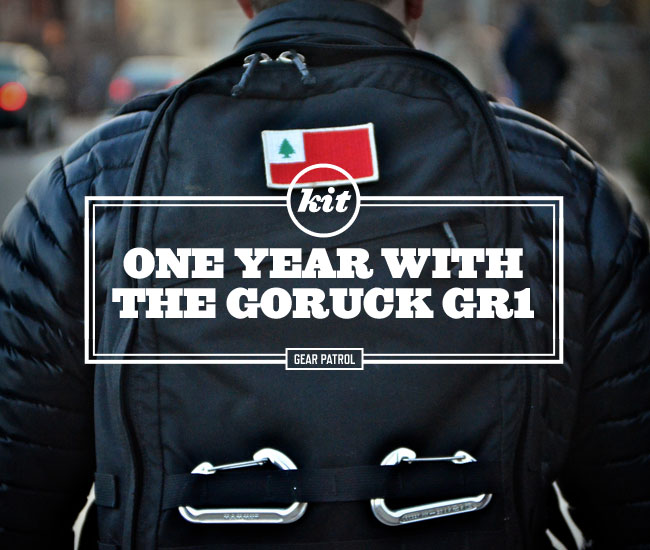 We’ve written about GORUCK and their tactically inspired gear a number of times. Made in the USA, bomb proof, with a life time guarantee, they’re the kind of company we love to support. Enough said.

But one of the best things about a GORUCK product is how they’re set up for you to make your own — something you really can’t tell until you’ve made a step into their system. 2×3 velcro patches and MOLLE webbing inside and out allow you to configure their bags exactly how you need or want. Having tested the GR1 for well over a year now — using it as a daily work bag and travel carry — we figured it was high time to show you how we’ve rigged our GR1 and why for everything from the Tough Mudder challenge to a work commute.

Continues after the jump. Orange Paracord pulls: The top pocket pull of the GR1 always come with a Coyote colored paracord zipper pull for easier visual id. We agreed with the thought process and took it a step further. We added orange paracord pulls to both the top and bottom pockets to instantly find them when we go rummaging for our stuff on the go. The fact that it adds a little subtle Gear Patrol approved coloring is a bonus. 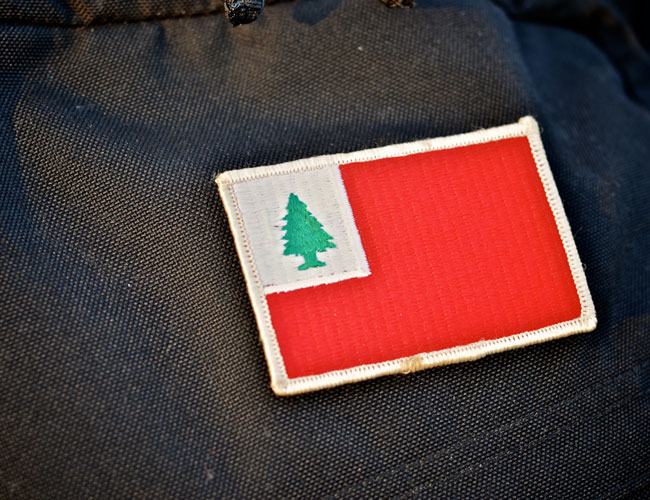 Colonial Flag of New England 2×3 Patch: The 2×3 hook and loop velcro on each GORUCK product allows you to add a myriad of possible patches to your bag. While we’re a big fan of GORUCK’s flag logo patch, we decided to change over to a patch with a little more meaning on a personal level. This patch was the colonial flag for New England, which while it’s changed a lot since then happens to be where we were born, raised, educated, and now live. 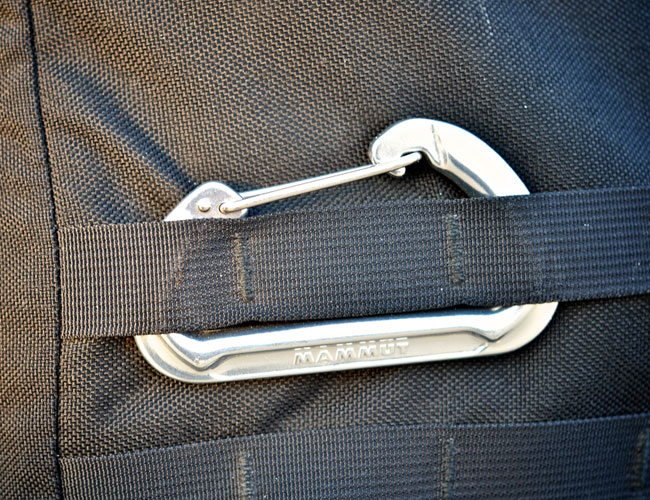 Mammut Caribiners: Taking inspiration from an early GORUCK article about how founder Jason sets up his own GR1, we added a couple of carabiners to the MOLLE webbing on the outside of the pack. We’ve found they get used the most come summer when a pair of Chaco or Rainbow flip-flops are hanging off them on a regular basis.

Chinese Button Knots: The standard GORUCK zipper pulls come with a perfectly acceptable overhand knot. We had to redo our zipper pulls a few months back after the plastic sheathing needed replacing. While we were at it, we added a Chinese Button Knot to the pull, it gives our fingers a little more grip and looks cool too. 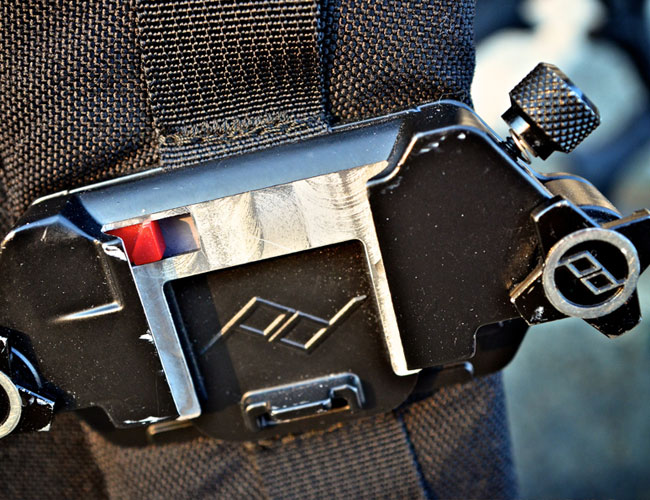 Peak Design Capture Camera Clip: We picked this up last year off one of our favorite and most addictive websites, Kickstarter. It’s been worth every penny of funding money. Attached to the MOLLE webbing on the left shoulder strap of our GR1 it provides an easy and safe resting place for our DSLR whether on a hike or wandering around Harvard Square photographing the never tame personalities that abound. If you love photography we highly recommend you give the Capture clip a look no matter what your bag of choice is.

Orange Paracord Camelbak hose retainer: One of the features of all GORUCK packs is that their laptop sleeve can also be used to hold a hydration bladder. The hose runs out of the top of the pack through a Velcro panel under the top handle. While it can be run through the MOLLE webbing on one of the shoulder straps, we found this unsatisfactory. So, we made a small survival “bracelet” with a couple of Chinese Button Knots and a Cobra Stitch that would hold the hose out of the way, but easily accessible. Its orange color also came in handy when we took the GORUCK Challenge and we needed to quickly identify our GR1 among 15 other identical rucks. 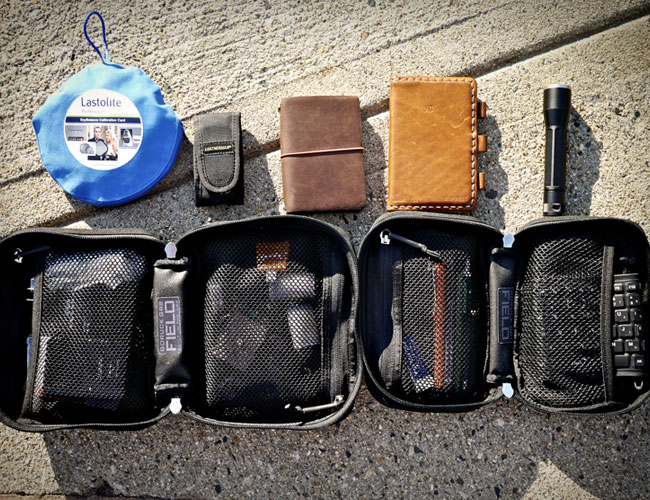 GORUCK GR1 Field Pocket: We wrote about the GORUCK Field Pockets when they launched last year. We use both the GR1 and GR2 pockets, but the GR1 pocket is in our pack on a daily basis. It’s filled with our multitude of pens and peripheral accessories both our iPhone and cameras. While it can be attached both inside or outside of the GR1 with the MOLLE webbing, we’ve elected to keep it loose for easy grab and go.

How It All Looks 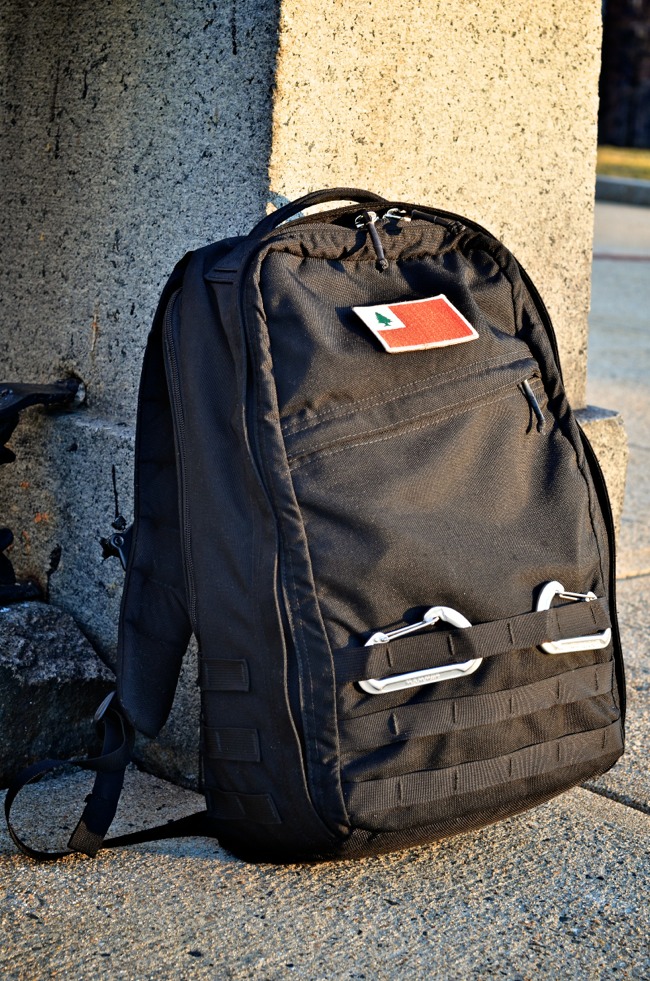 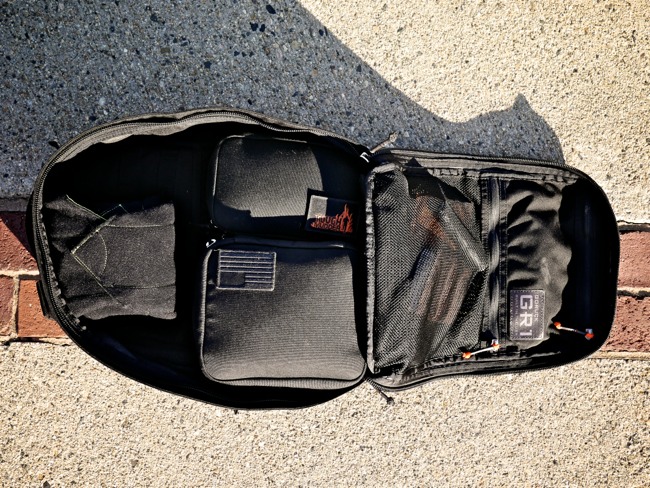 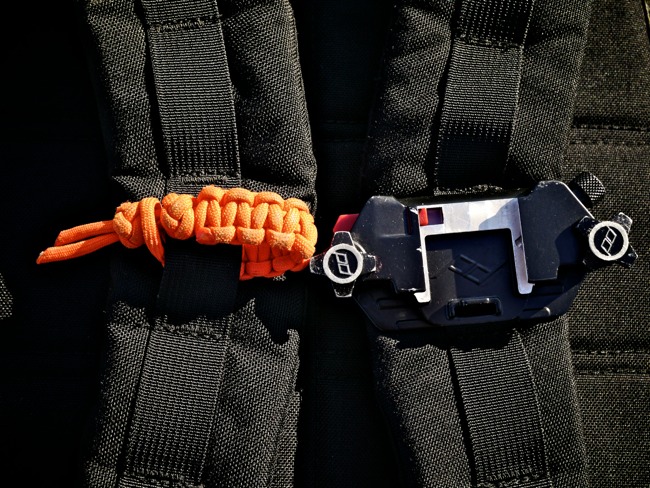 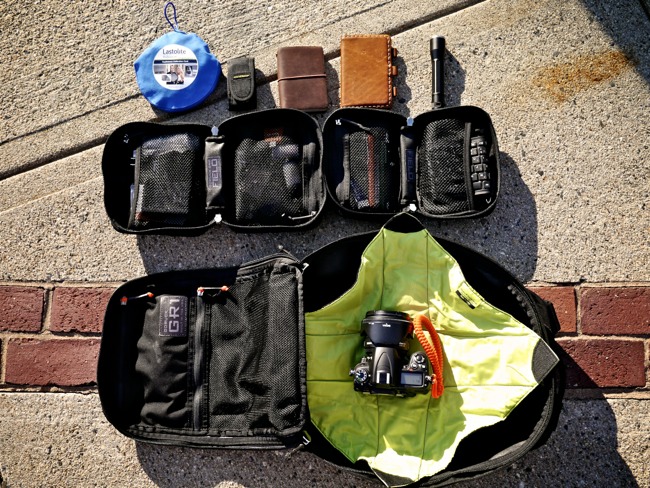 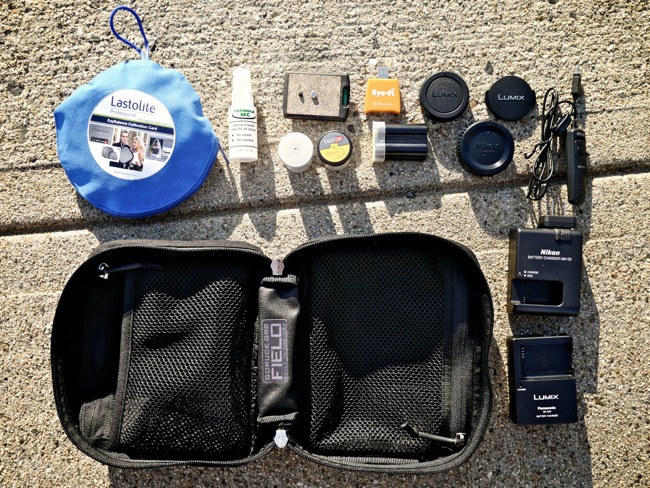 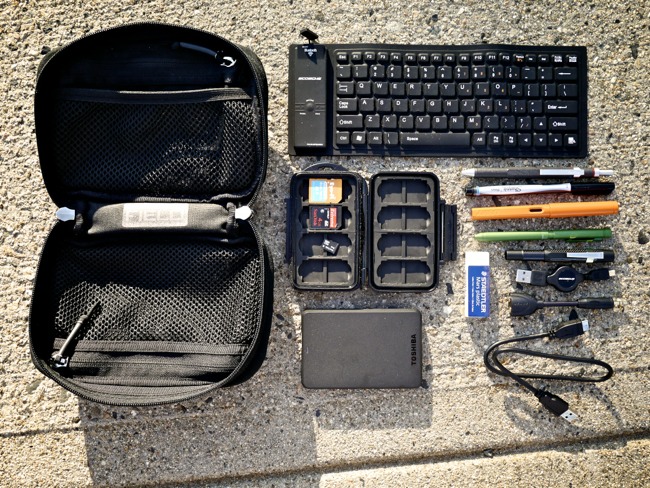 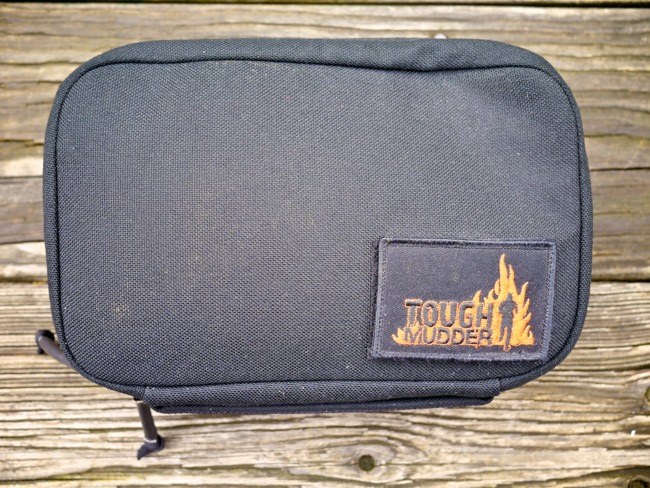 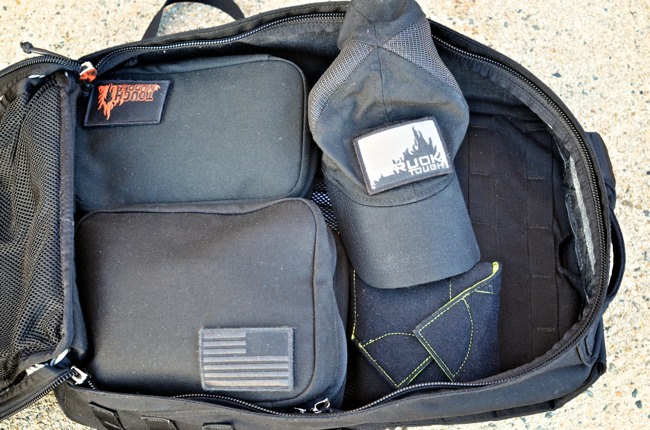