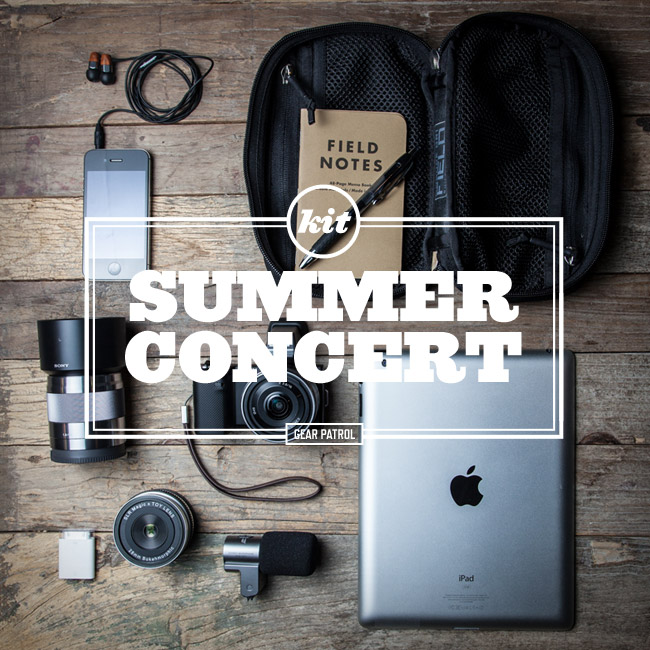 Editor’s Note: We all want to take better pictures. Whether it’s with the iPhone or our third DSLR, everyone loves a great photograph to upload to Facebook, frame or just gawk at on our phones. But throwing gobs of money at a pro DSLR and a bunch of red-ringed lenses does not for a photographer make. To that end, we’d like to introduce you to “Kit”, our foray into a series of buyer guides for cameras — and plenty more gear to come. First up, and just in time for season, is our Summer Concert Kit. A lightweight, easily achievable collection of camera essentials to ensure your memories

Believe it or not, concert photography can be one of the most fun genres to explore. The lights, the noise, the energy all offer a highly kinetic subject that can make even your outtakes mesmerizing.

The problem is, most venues won’t allow you to bring a chunky DSLR and a bag full of gear through, and most point and shoots just can’t cut it in the low light conditions of an indoor venue, much less any moving subjects. Luckily, there’s a solution: the mirrorless interchangeable lens camera. These lightweight, wrist-wearing, semi-pocketable cameras have finally struck the balance of high ISO performance (low-light capability) and autofocus capabilities while also delivering excellent image quality while also offering access to a wide variety of creative lenses. Many of the cameras in this range also offer stereo sound capture giving you an added dimension to your capturing session.

Hit the jump to dive into our Summer Concert Kit recommendations and remember to use it as a guideline to build out a lightweight, easily achievable camera kit. Mix and match pieces you have or plan to acquire — just make sure and skip the cheesy concert tee. 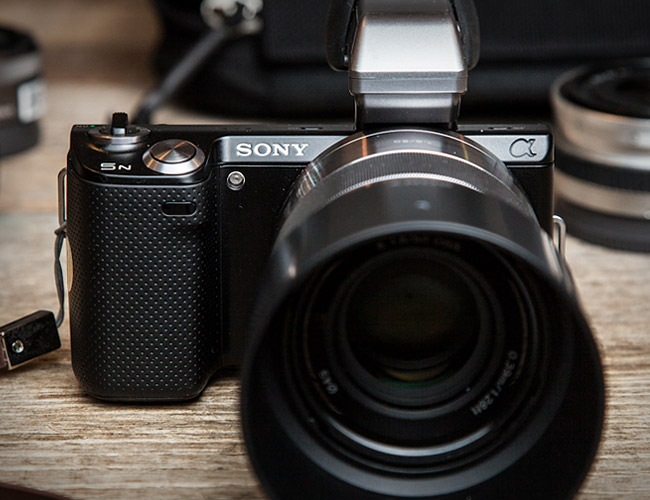 Despite its demure size the Sony NEX 5n is one truly capable and amazing camera. In our tests, we took it to Brooklyn’s Knitting Factory and managed to capture some images better than the DSLR’s we had in tow. The 5n may be the middle man in Sony’s line — it’s better than the C3 but not as beefy as the range topping NEX 7 — but it has the chops to prove its the little camera that can. Still, the images that the sensor can produce are amongst some of the best in the mirrorless camera market. Coupled with fast lenses (like the ones below), this camera can capture your low light concert like never before and slide into your pocket when you’re ready to get back into the action. 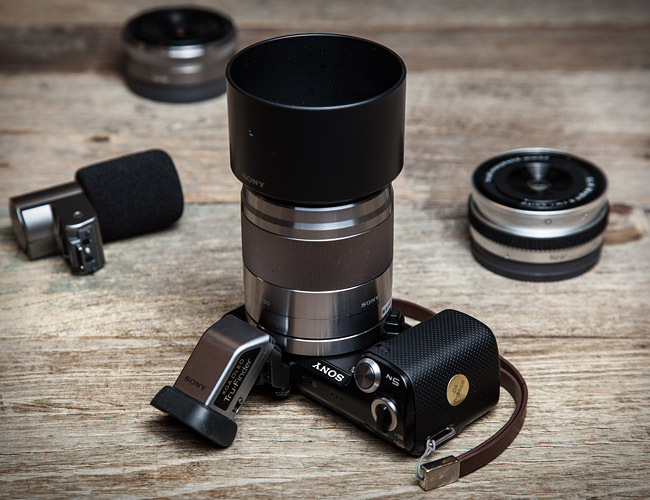 On the NEX 5n, this lens offers roughly the equivalent of 75mm (due to the field of view and crop factor). In real-word terms, that’s a portrait focal length, and perfect for when a musician is further away from you. Just don’t expect incredible facial details if you didn’t spring for anything closer than nosebleed. As the NEX line’s “nifty 50″ lens, you’ll also be happy to know that it is tack sharp when shot wide open (shooting at f1.8 for that tasty lens blur) while also being a truly capable and fast focusing lens in amongst the lowest of lighting situations.

At the end of the day, don’t be surprised if you notice you’ve married this lens to the 5n. But if you can, consider the 24mm f1.8 (below). Also, a quick tip. Be sure to keep the lens hood on to protect the lens from bumps that other concert-goers. Accidents happen, particularly when the spirits begin to flow. 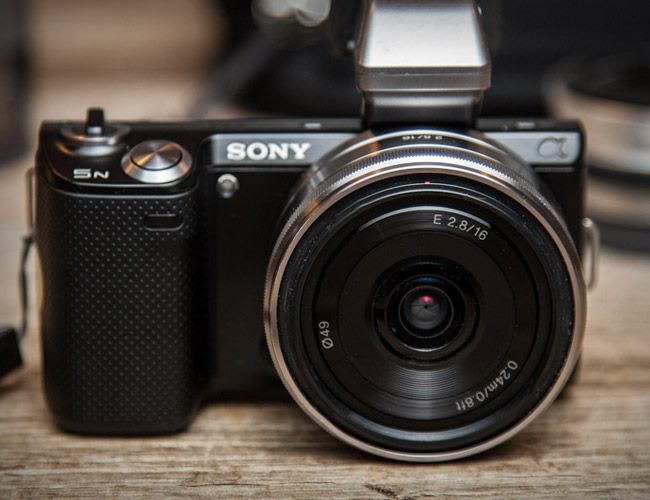 As Sony’s first pancake prime lens, this lens offers the equivalent of a 24mm field of view. It is quite wide for when you’re up close to the stage or you want to capture a wider scene. This is the lens you’ll go to when Patrick Carney decides to reach out into the audience to an awestruck Black Keys fan. It’s fast, sharp and offers a nice wide perspective without losing any context. 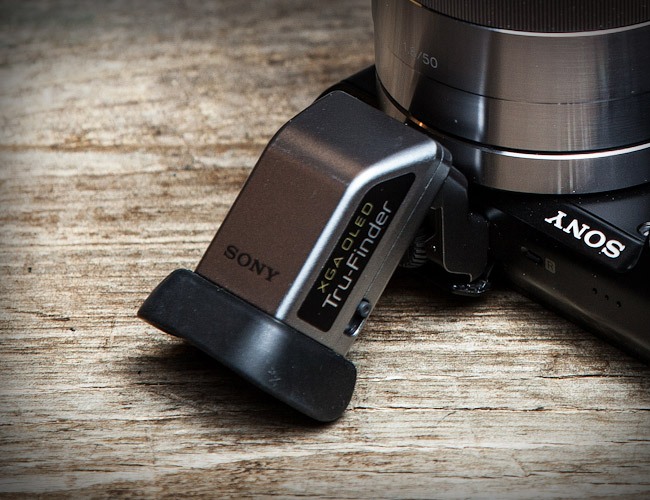 Though the LCD screen on the NEX 5n is very good, the Sony TruFinder is a great framing tool (composing your shot). With a gorgeous, high-resolution OLED screen, you’ll be able to hold the camera up to your eye and then shoot without any fuss or glare. Bringing the camera to your eye also increases stability and therefore lets you capture photos with steadier hands. 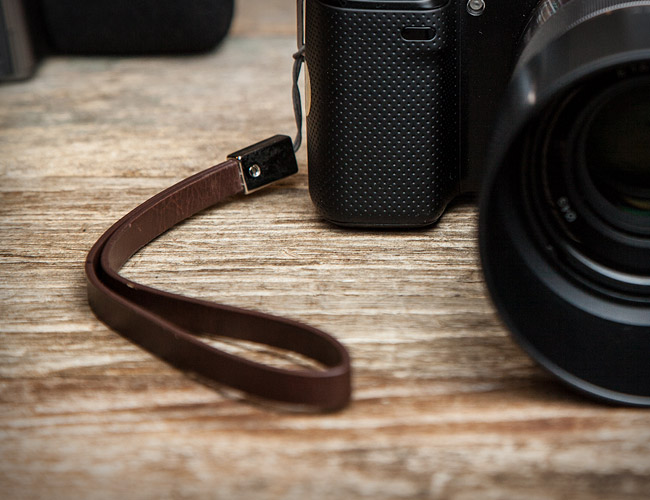 There are plenty of other third options out there too, which we’ll be diving into on future Kit posts, but we’ve come to love this OEM option from Olympus of all places. It’s also a nice contrast against the black and silver look of the Sony gear.. It comes with the Olympus Pen Premium Camera Case or it can be ordered as a standalone item. This strap will keep your camera around your wrist securely while shooting and it’s nicer than the one included with the 5n. It’s a concert so, duh, there are times when you’ll want to record video and capture sound. Though the NEX 5n has a good on-board microphone, the ECM SST1 does a much better job at recording stereo audio (much wider range and less “tinny”) and conveniently mounts into the hot shoe of the camera (note: not at the same time as the viewfinder though). It’s also very secure, so you won’t have to worry about having it knocked off and ending up four rows down in a puddle of beer. 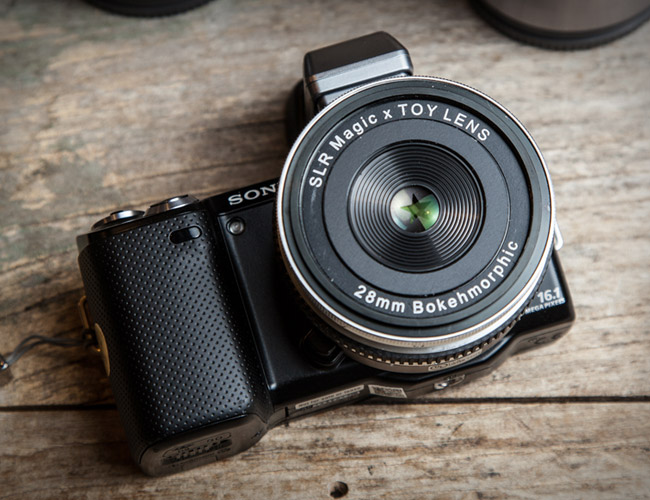 Consider this one a creative extra. This fun little lens is extremely specialized but will give your photos a unique look without the need for heavy editing software or external lens kits. The Bokehmorphic is a 28mm f2.8 lens that always has its aperture wide open (at 2.8). Instead of stopping the lens down, the aperture changes its shape from anything to a heart, circle, starts, diamonds, cat eyes, etc. At a concert, that can mean some added creativity to a stage that might otherwise just look like an avalanche of lights. 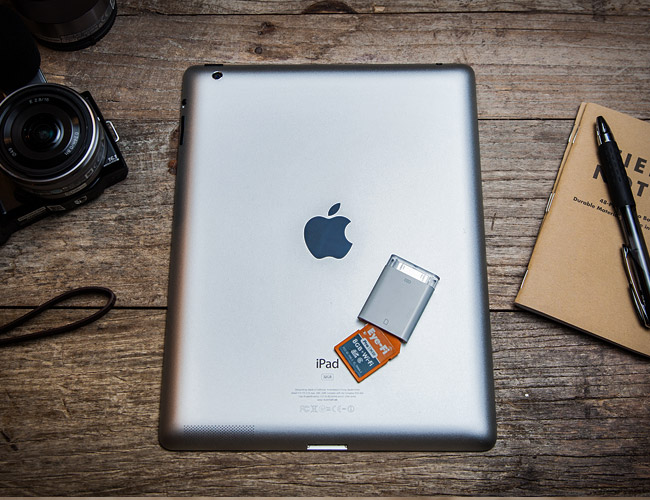 Though laptops or dedicated editing machines are still the best for editing your photos, it’s amazing what can be done on an iPad with the right apps (we like Snapseed and Camera+). Using the Eye-Fi card and the Eye-fi app, you can tether your images to your iPad and edit them there. Alternatively, you can use the Apple Camera Connection Kit and deliver them via the SD card directly or USB cable. If there happens to be a wi-fi card in your venue, the Eye-Fi Pro X2 card can wirelessly tether your camera to a computer, tablet or your phone and deliver the images there. Here’s how it works: when enabled in your Eye-fi ready camera, the card will search for an open Wi-fi hotspot. If it doesn’t find one, the Eye-fi card creates its own, and then wirelessly delivers your images to your device. 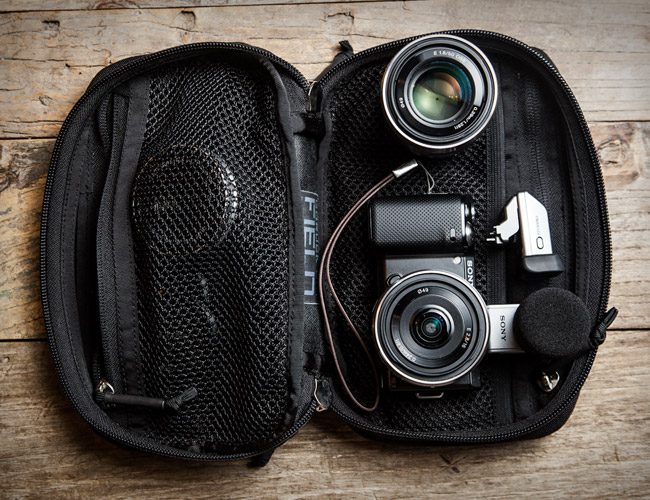 We love our GORUCK Field Pocket for a myriad of uses, but for a summer concert, it’s downright perfect. Built to military spec, it’s more than enough for us civvies. The Field Pocket is large enough yet portable enough to hold all of the items (minus the iPad) without having the lenses and cameras bump and clank against one another. Plus, it’s durablity is a nice to have when things really get bumping.