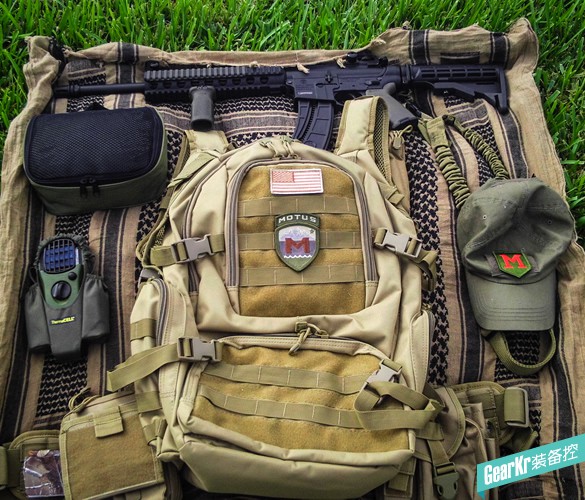 “There is no hunting like the hunting of man, and those who have hunted armed men long enough and liked it, never care for anything else thereafter. – Ernest Hemingway” 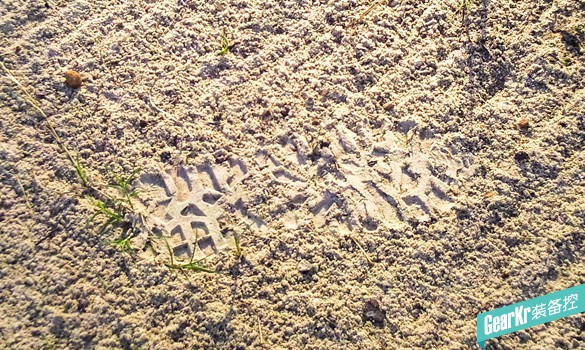 Last month I was invited into the backcountry of Louisiana for a very unique outdoor adventure. I attended the TÝR GROUP 5 Day Combat/Tactical Tracker Course. To be honest, when I first heard of a combat tracker course I was a little confused. It conjured up a vision of an Indian sidekick like Tonto from the Lone Ranger putting his ear to the ground and spouting off about how many riders had passed 3 days ago. Were people still doing this? Where, and more importantly, why? A quick trip to theTÝR Group website gave me some insight, and it turns out tracking is alive and well. But what the hell is tracking? According to their website, “Tracking is the skill of following a person or animal by the signs they leave behind. When a man or animal moves over or through the natural environment, they alter the appearance of that environment and create disturbances in it. By detecting these disturbances or “sign”, and determining whether or not his quarry created it, a tracker is able to follow the quarry. Therefore, tracking, at it’s very basic level, is hunting. It’s not just about following footprints, it’s also about finding the quarry, and sign is the only evidence that the tracker has to confirm he is still following his subject. The main objective of a tracker is to find his quarry.”

OK, hunting people. Now they had my attention. As a lifelong hunter both on land and underwater, I have always had a fascination with such things, but how on earth would a combat tracker course apply to my modern life? Sure I like to hunt, hike, and camp. Why not learn something along the way? It turns out I learned a great deal more than I imagined. 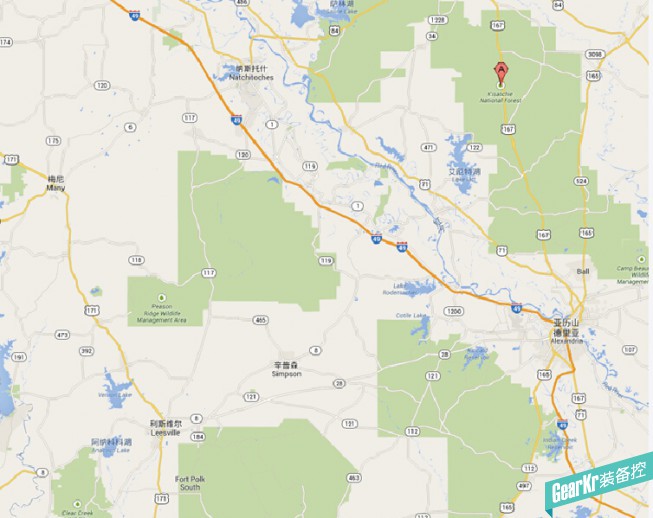 My 5-day Combat/Tactical Tracker course was hosted by TÝR GROUP (pronounced “Tier”), which is a veteran owned and operated small business dedicated to providing realistic training and consulting services anywhere in the world. Our class was held predominantly around the Kisatchie National Forest, which is a 604,000-acre playground near Leesville, LA. 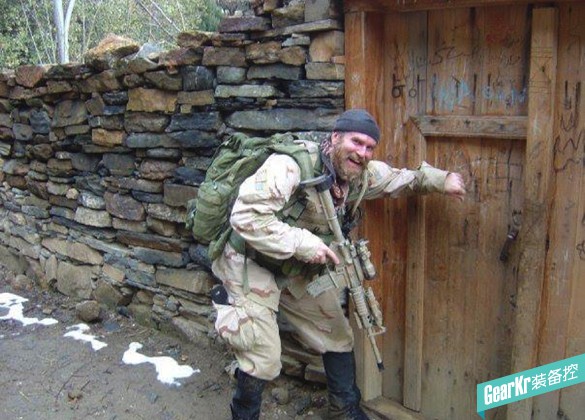 TÝR GROUP is aptly named for the Norse God of war. When you meet the founder and Lead Instructor, John Hurth, you will understand why. In full combat gear and camouflage face paint he is one seriously scary looking dude. In street clothes you might mistake the retired 23-year U.S. Army Special Forces Veteran for a mild-mannered College Professor. Make no mistake; while this guy is a mild-mannered fellow, I would not want him knocking on my door in the middle of the night with his team.

I packed for 5-day camping trip, though on the ultra light side. The course guide said to prepare for 4 to 12 miles of hiking each day with full kit so I planned accordingly. Included on the required items list were individual weapon (rifle) in addition to food, water, etc. I was super stoked when I arrived at base camp and everyone seemed to follow the same program including camping hammocks which is the only way to go if you want to pack light. 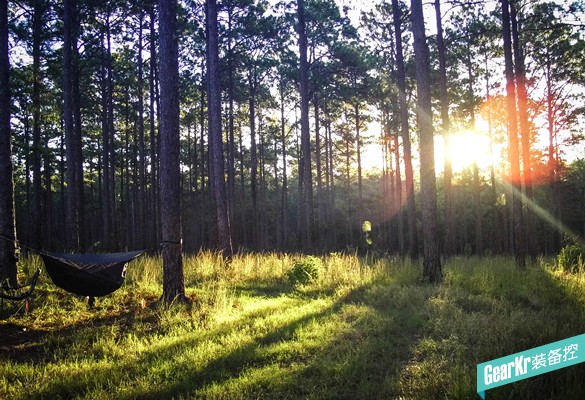 Day One started in our outdoor classroom with a full day focused on learning the basic the glossary of tracking terms as well as basic visual tracking techniques with a follow-up on human gait and track interpretation. Right out of the gate, I learned that there is a lot more to this whole thing than I would have ever thought. It’s a lot of information to absorb, but was laid out in a logical fashion with plenty of practical hands on (or feet on?) experience as the day went by. 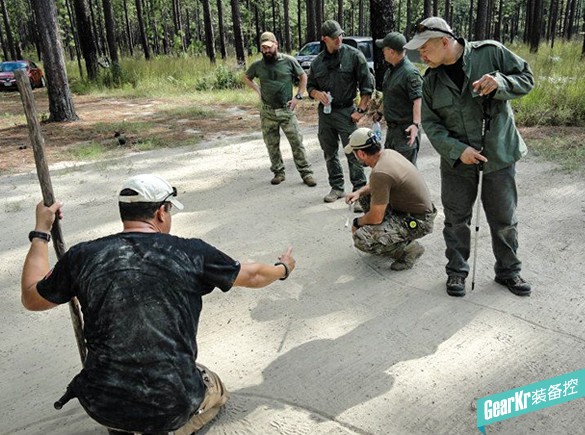 Our practical laboratory for the day centered around the Tracking Pit. The Tracking Pit is roughly a 30’ X 30’ sandbox that is used to make tracks and study them. By the end of the day, we were able to not only distinguish unique characteristics about individual tracks, but also to interpret how they were made and what our quarry were up to; basically “tell a story” as to what was happened in the pit according to the tracks.

After a night of trading war stories around the campfire, we were up early for Day Two and got right into the meat of the course. As it turns out, you learn to track by tracking. To add to the fun, we loaded up in a driving rain with combat kit and set off for a full day of “Fox and Hound” in the woods. We separated into two groups with one group taking off to lay track with our Assistant Instructor Spencer Alan Reiter. Yes, the famous knife maker of SAR Global Tool and well known beard wearing ball-breaker.

Meanwhile, the second group organized a tracking team to investigate the evidence and hunt them down. During our first full day of tracking we had our wise Instructor with us to help us interpret the signs and keep us on track when we got confused or the track got sparse. Within our combat tracking team we took turns rotating between team lead, team tracker as well as security for the patrol. As a team, we really got into the spirit of the hunt and really wanted to catch these guys. Unexpectedly, I found myself under pressure when it was my turn to track. As the team tracker you have follow quickly, but thoroughly and not miss anything that would throw us off and slow us down in our hunt. You start to feel the heat from your teammates when you don’t stay on track. I thought I was here for fun and I find myself deep in the woods with a bunch of guys hell-bent on hunting down another group and killing them while I’m sweating my ass off along the way. It was all in good fun of course. 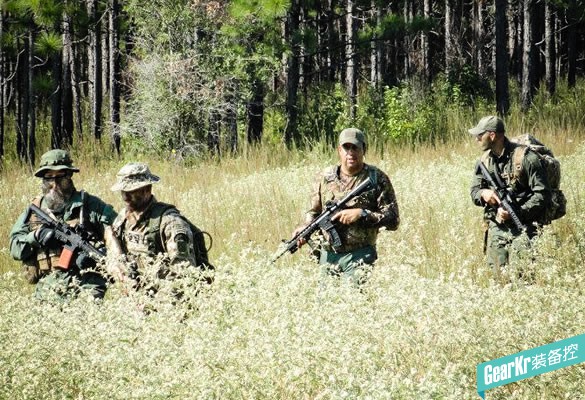 By Day Three we were feeling more confident in our tracking skills, so of course our Instructors decided to ratchet up the intensity level. The tracks started to get longer and tougher and we progressed. We all joked about how tough it was to find a lost track, but were amazed at how it instantly became “easy” when John was standing over us; just like magic we were back on track and hunting again. 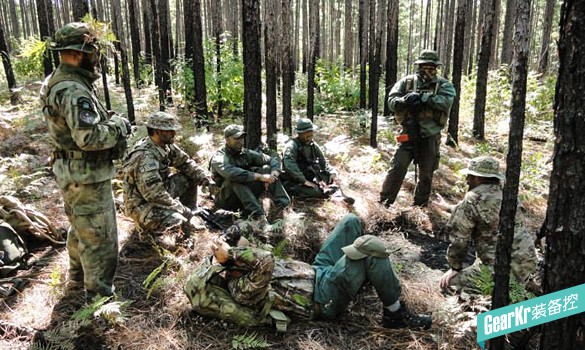 Back at camp we reviewed the days activities and debriefed on what we did right, as well as what we could have done better. One unexpected benefit from the course was meeting some really great guys along the way. Our class consisted of six people from all different walks of life. We had a couple of military veterans, a security contractor, a couple Louisiana Game Wardens (aka The Possum Police) and just some regular guys who showed up for fun and to learn a few things along the way. All in all it was a good mix of personalities that really added to the experience. The conversations from the campfire won’t be repeated here, but let’s say I laughed more in a few nights with this crew than I have in quite a long time. 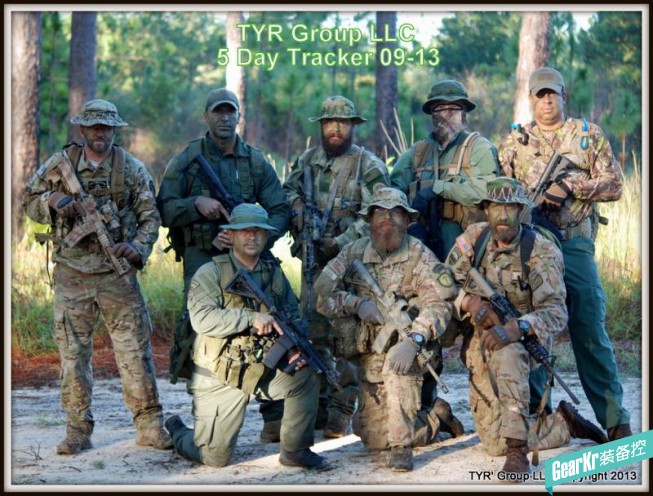 Day 4 we were back on track but this time we were on our own hunting down our Instructors. Needless to say they upped the game considerably. We followed a scenario where we were hunting down a group of enemy combatants after a firefight. One was wounded so a blood trail helped somewhat but there is nothing easy about tracking another man who does not want to be found. 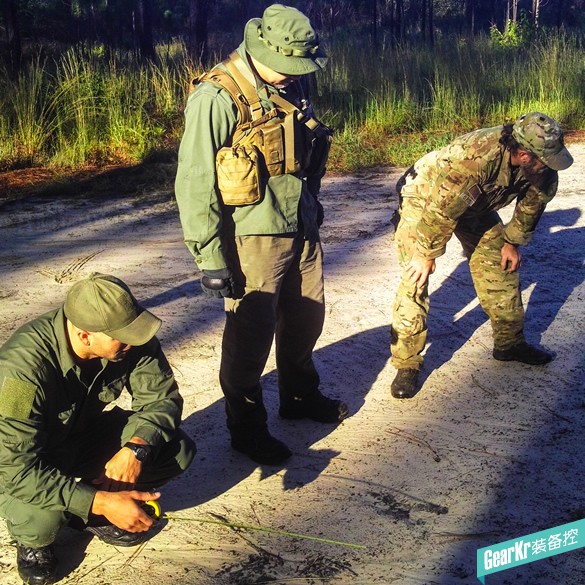 We had to bring all of our newfound skills to bear and work together as a cohesive team to just keep up with these guys. Of course, they do this for a living. It is hard to describe the absolute thrill to be on the hunt and see our team make progress and eventually catch up with the Instructors by the end of the exercise. It made the long hard day on the hunt totally worthwhile. That evening we treated ourselves to a dinner out in town (sort of) at a local rest stop that offers some amazing Louisiana home cooking. If you are in the area of Pitkin, Strother’s Country Store serves a mean pork chop platter with fried green beans that people will fight over. Though I’m sure that after a few days in the bush we would have all been happy with a plate of dirt.

The last day on the hunt we pulled it all together and again went on the hunt for our Instructors. This time they showed us no mercy and laid down a diabolical track. Again, we had to pull out all the stops to keep up and catch up with our tracking team patrolling hard. These practical tracking exercises were for me the highlight of the course. There is no better way to learn than through hands on experience, and John and his team did an incredible job of keeping us on our toes and engaged. It was by far the best learning experience that I have had in years.

Back at camp late Friday afternoon we wrapped our final debrief, received our course completion certificates and Combat Tracker Patches. I can tell you that I now wear mine with pride knowing that it was earned, not given. 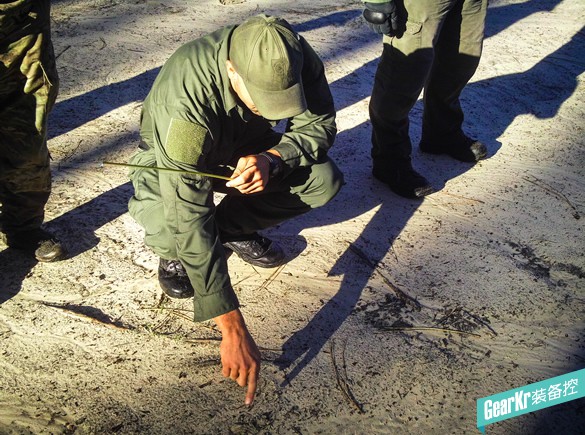 Looking back on the course as a whole I was impressed with not only the professionalism and thoroughness of our Instructors, but the learning experience as a whole was eye-opening. After the class, many of us have stayed in touch through social media and have all remarked on how we look at the world in a different light. Even a day at the beach with the family becomes a tracking exercise in my head now as I watch people walk and analyze their gait as well as footprint patterns. At home I can tell when my mailman has come with just a quick glance at the grass. Things I had never noticed before just jump out at me now. It’s like in the Matrix when Neo asked why his eyes hurt, and the reply is “because you are using them for the first time.” Yeah, it’s like that. 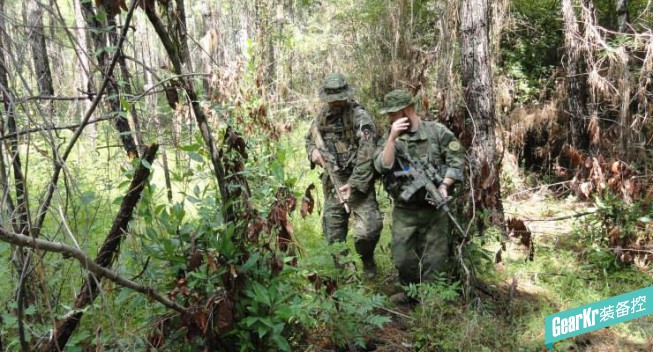 The military application of modern tracking is outlined in detail in the  “Combat Tracking Guide”. It is written by none other than our Lead Instructor, John Hurth, and is the definitive guide on the subject. However, the real world application of these skills becomes more apparent when you consider some of my classmates.

For our two Louisiana Game Wardens, tracking armed felons is a common requirement in their line of work. Imagine another practical scenario where a child gets lost in the woods while on a family camping trip. Having a tracking capability would give local Law Enforcement an advantage that could easily save a life. The Search and Rescue Team at Yosemite National Park alone fields 200-250 emergency calls annually involving missing hikers. Even with all our modern GPS technology and fancy smartphones, the way most people get found is though human legwork. That is, the human advantage is what makes a difference in saving lives over technology. This is part of the core philosophy of the TÝR GROUP.

If you are interested in a challenging yet fun way to spend your next vacation doing something out of the ordinary outdoors,or if you are part of a LEO, SAR, or Military unit that would benefit from a tracking knowledge, get in touch with the team at theTÝR GROUP. You will not be disappointed! Oh, one more thing. If you plan to go make sure you grow your beard out first and above all other things do not wear orange pants!